So you've set up your computer for typing in Chinese. (If you haven't, please go to the "Setting Up Your Computer" section, under the "Getting Started" tab at the top of the page.)

How do you actually use these input methods?

The links on this page will help you learn:

For beginners, we recommend you start with the Microsoft Pinyin IME (Windows) or Simplified Chinese - ITABC (Mac).

More advanced learners may want to experiment with the different methods, or ask your Chinese instructor or Chinese-speaking friends for their recommendations.

Input Methods for Typing in Chinese

What are Input Methods? 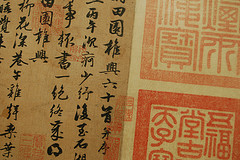 An "input method" is a way of using a standard computer keyboard to type hanzi (Chinese characters). Many of these methods use "pinyin," a system for writing Chinese words using the roman alphabet. With a pinyin method, you type the pinyin (roman letters) and the computer searches for the hanzi (characters) that match. Usually, it will give you a list of possible matches/combinations to choose from. Different pinyin methods vary in terms of how you type tones, typing shortcuts, etc. In addition to pinyin methods, there are also a variety of other systems. For most Chinese language learners, a pinyin method is easiest way to get started.

The links below give an overview of the different types of input methods available for Chinese, as well as more information about pinyin itself.

On Windows computers at MHC, we have activated 4 input methods for typing Simplified Chinese, and 2 methods for Traditional Chinese (these methods were chosen by the Chinese faculty as some of the most commonly used and useful). All of these methods are pinyin-based; see the links above for more info about pinyin and pinyin typing methods. 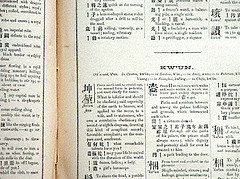 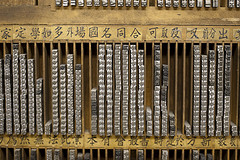 On Macs at MHC, we have activated 3 input methods for typing Simplified Chinese, and 2 methods for Traditional Chinese (these methods were chosen by the Chinese faculty as some of the most commonly used and useful). Here is a brief overview of how each of these methods works; below are some links to more information and tutorials to learn how to use these methods.

Note: after you change to any of these input methods, you will see additional options appear in the Input Menu, including help functions.